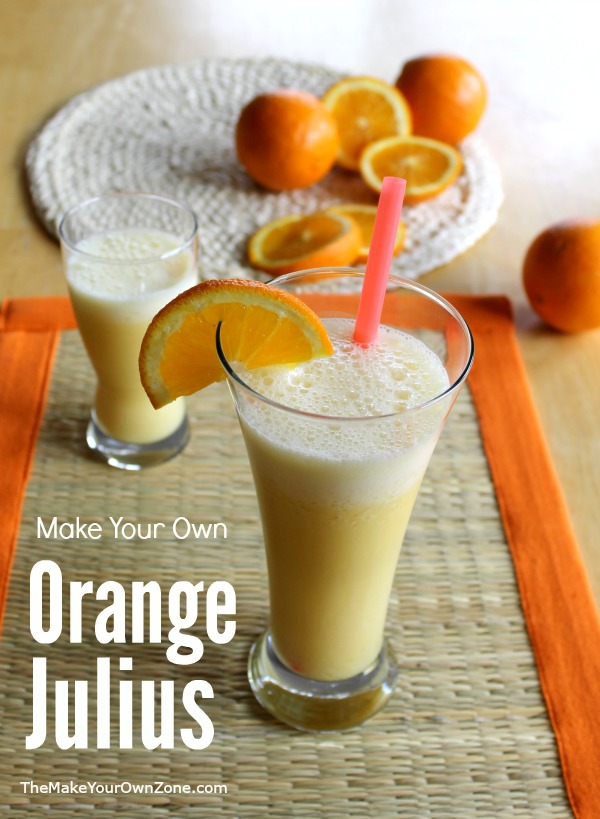 Figuring out how to make your own Orange Julius isn’t a new idea.  In fact I found today’s recipe in a church cookbook I’ve had for over 20 years!

That’s because the Orange Julius drink has been around for a long time too.  Julius Freed opened his shop selling fresh orange juice in Los Angeles in 1926.  But it wasn’t until a friend of his who was a chemist came up with an idea a few years later for an orange drink with a creamy frothy texture that things really took off.  Sales of the new drink skyrocketed. Customers would come in and say “Give me an Orange, Julius” and the new name for the drink was born.

And the rest, as they say, is history. 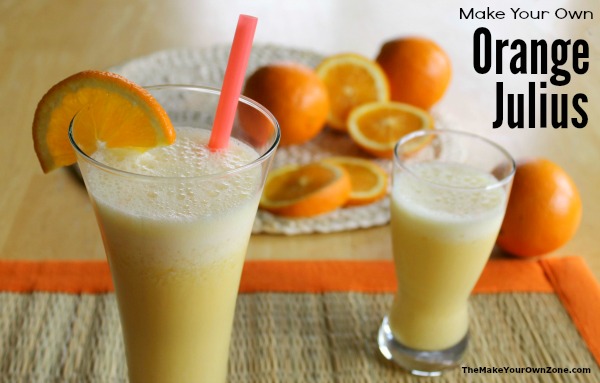 If you’re not familiar with an Orange Julius, it is indeed a creamy frothy orange drink that has a flavor a lot like an orange creamsicle (one of my favorite flavors!).  It’s sold by the Dairy Queen/Orange Julius chain, often located within shopping malls.  When you order one, they mix it up in one of their blenders that go at super-duper high speeds, making everything – {here come those same two words again} – creamy and frothy.

So what’s the secret to that creaminess and frothiness?

But this page with nutrition facts for the Orange Julius makes mention of egg white solids and whey powder.  The popular Top Secret Recipes website has a copycat of an Orange Julius that uses egg whites in an attempt at the frothiness too.

I opted not to mess around with eggs for my homemade Orange Julius.  Instead I stuck with the recipe I found in my old cookbook that made a delicious whipped orange drink that was creamy and frothy enough for me.

This recipe uses orange juice concentrate, not thawed.  Keeping it in its icy form gives your drink more texture.  The recipe also uses a little milk and sugar for that creamsicle flavor, and finishes up with some ice cubes to give you still more of that icy smoothie texture. 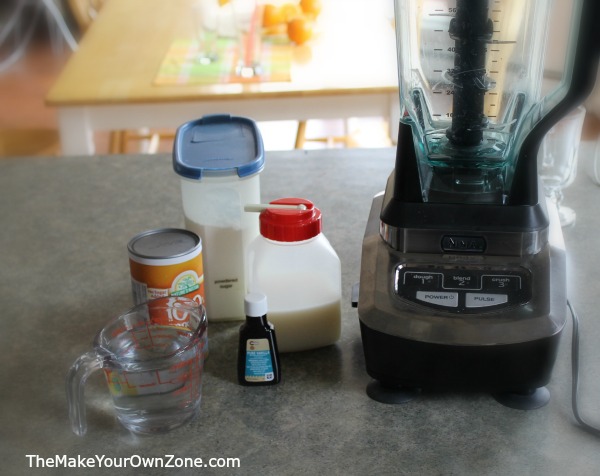 One additional note – this recipe (and a few others I came across too) called for a 6 oz frozen orange juice concentrate.  And you will NOT find a 6 oz size anymore in just about any store you look in.

Instead you will only find the 12 oz size, which apparently at some point manufacturers decided was the most  profitable size to sell, and ditched the little 6 oz size.  Maybe, just maybe, you might get lucky and still find a 6 oz size, but I sure wouldn’t plan on it. 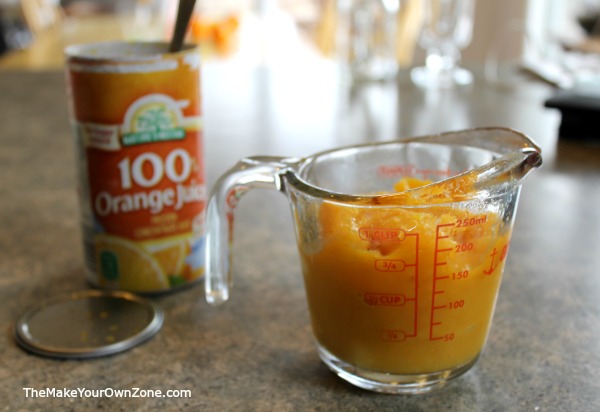 So my instructions below just have you scooping out half of the 12 oz can for this recipe (which is about a cup of concentrate)  Your other option would be to double the recipe below so you can use the full can, but that will give you quite a large smoothie.

One other slight change from the original recipe I used is that I opted to use powdered sugar, rather than white granulated sugar, with the thought it might dissolve into the drink better.

Scoop out half of your 12 oz can of frozen orange juice concentrate and place in a blender. Add the milk, water, sugar, and vanilla and blend until mixed.  Then add the ice and blend at high speed to crush the ice and mix everything together.

If you use the long skinny ice cubes from a refrigerator’s ice maker, you will need about a cup.  If you have bigger square cubes made from an ice cube tray, use about 6 to 8 cubes.

. What a great blender for making smoothies!

Making the Orange Julius at her house also meant I got assistance from my grandson, my favorite blog recipe helper! 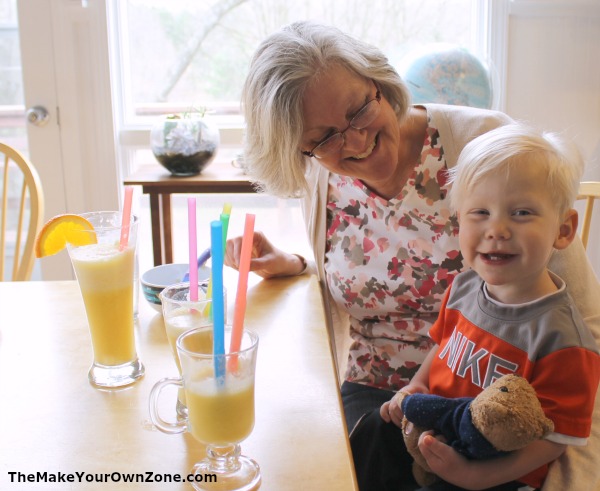 Lots of taste testing was involved and lots of straws were required!  I’m happy to report that your homemade Orange Julius will taste fantastic whether you drink it from a straw that is blue, or orange, or green, or yellow, or pink.

The world’s smartest taste tester told me so 🙂 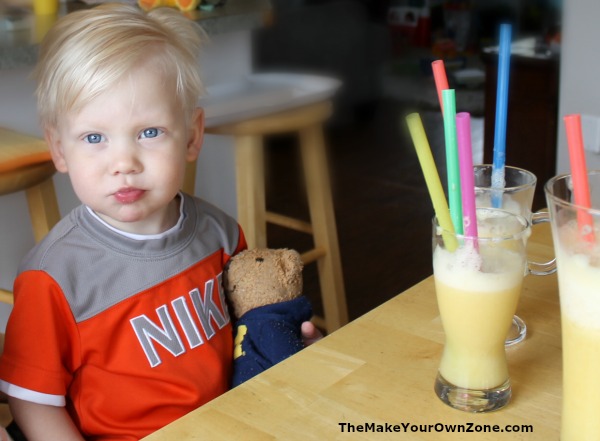