It was only a few years ago that I had never cooked rice at all. I was a potatoes person and maybe occasionally used Minute Rice, but other than that I just didn’t pay that much attention to rice. But finally, I familiarized myself with how to cook long-grain white rice, came up with my three favorite ways to jazz up plain rice, and all was good.

Until I decided to switch to brown rice.

Why switch to brown rice? Most healthy eating advice encourages eliminating the more processed white flour and white rice (which have been milled to have their outer layer removed) and instead use whole wheat flour or brown rice that are made from the entire grain and therefore have retained more of the fiber and nutrients.

So yeah, I was on board with that . . . until I cooked brown rice a few times. With lousy results! Even though I was following the directions on the bag of rice, and simmering it for a longer time than white rice, it never tasted fully cooked and still had a kind of crunchiness about it.  We were not liking it at our house and were about ready to give up on brown rice. 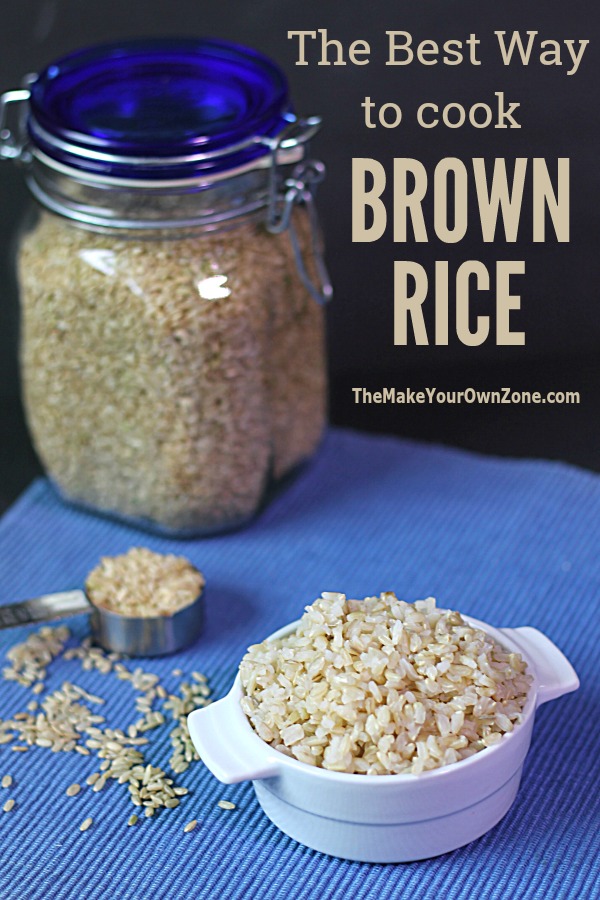 How To Cook Brown Rice

At last I came upon this article from Saveur with instructions for Perfect Brown Rice that finally helped.  What was different about their method? They said –

And that really did make a difference!

Yes, now when I cook brown rice I use the same method I would use to prepare something like spaghetti.  I use much more water, keep it at a low bubbling boil as it cooks, and when it’s done cooking drain off the remaining water.  This has given me brown rice that feels fully cooked AND I’m able to cook it in the same amount of time it would take me to do the simmering method for white rice (about 20 minutes).

So while I am following the method in the Saveur article for boiling instead of simmering, I do a few other things differently.

I found I could use less water than they specified and still have enough for boiling. I also found my rice was usually cooked sooner than the 30 minutes they specified (I do 22 minutes . . kind of random, I know, but it works!). I usually let my rice sit for a few minutes to steam after cooking, but often times don’t do a full 10 minutes as their recipe recommended.  I also find I prefer the medium grain brown rice which seemed to cook up a little better for me than the long grains. 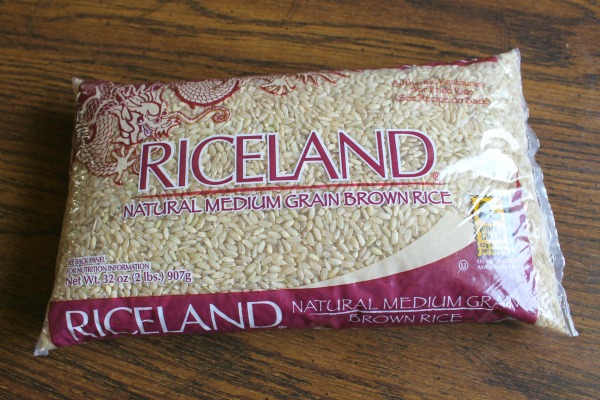 Most of the time you’ll find you really don’t need to measure the water, because you will drain off any excess when you’re done cooking.  But if you need an amount to help you get started, I use about six times as much water as rice (or another way to think of it is to triple what you would use for white rice).  For instance:

Now if you have something helpful like an Instant Pot or a Rice Cooker, perhaps brown rice didn’t present this kind of a problem for you.  But if like me, all you have is a lowly pan to fill with water, then this boiling approach to cooking brown rice might be just the answer you’re looking for too. 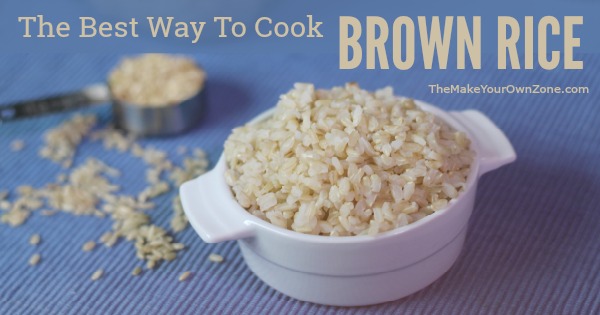 I’m still working on figuring out the best way to do some flavoring options, although we do enjoy this this Lime Cilantro version of brown rice that’s tasty and quick and easy to do.

So cooking brown rice can indeed be tricky.  The fibrous outer coating on brown rice needs a different approach to get it fully cooked, without being too mushy.  But there are health benefits to the fibrous outer layer on brown rice that makes it worth learning to cook. Give the boiling method a try and I think you’ll be pleasantly surprised at how well it works!

How To Cook Brown Rice

Brown rice can be tricky to cook, but this boiling method can be the solution to finally having brown rice that's soft and cooked in a shorter length of time.
Cook Time25 mins
Total Time25 mins
Author: TheMakeYourOwnZone.com