I’ve been writing this blog for several years now and that means I’ve tried and shared lots of recipes over the course of that time too. Today I’m thinking more specifically about the homemade cleaners I’ve tried and and how some of those recipes have been real winners that I continue to use all the time (my furniture dusting spray), some I use more sporadically (toilet bowl cleaner), and some have been real duds (failed dishwasher soap hack).

So when someone emailed this week about one of the all purpose cleaner recipes I shared back in the early days of this blog, I realized it was a recipe that I really liked for a while, and then stopped using, and that maybe it was time for a quick update. 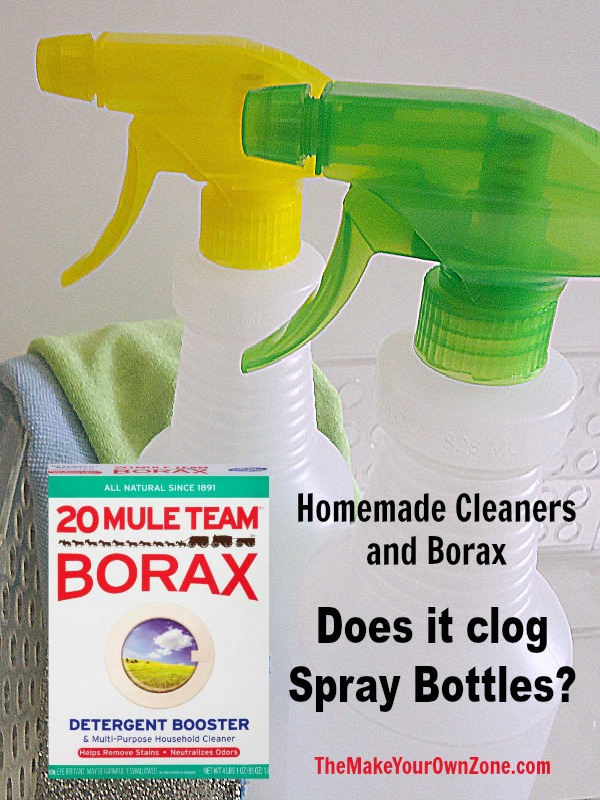 This was a homemade cleaner with borax in the mixture. Now I know borax is under some scrutiny lately on if it is a safe enough and “green” enough ingredient, but that’s not what caused me to fall out of love with this homemade cleaner.  Instead it was the clogged sprayers.  Yes, it seemed like whenever I put borax in a homemade cleaner in a spray bottle, sooner or later the bottle would just stop working and I’d be left scratching my head and wondering  . . . can borax clog a spray bottle?

When I looked back at the original post I wrote about this spray cleaner with borax I had already made mention of a clogged sprayer and that it was helpful to look for spray bottles with little filters on the spray tubes. But then I forgot my own advice, made the mixture in one of my favorite spray bottles and never thought about looking if it had a little filter or not, and it clogged up. And that was then end of my favorite spray bottle. And the end of making that cleaning recipe. 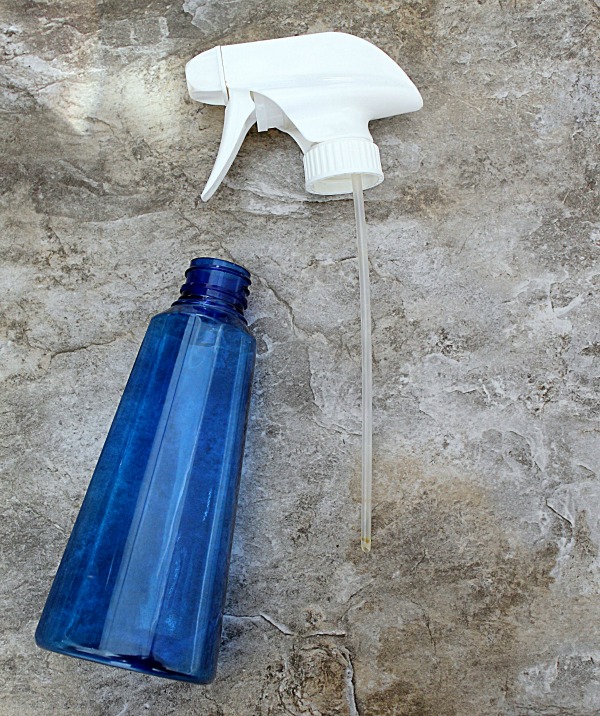 So why the clogs?

What else could be going on?

Have you ever seen the homemade science experiment of making crystallized snowflakes? What are they doing? Well, they’re mixing borax in hot water, and then letting it cool. Pretty much the same thing we are doing when we make this homemade cleaner. Here’s a quote from the Steve Spangler Science borax snowflake recipe and why it works:

“When you mixed the borax and water, you created a suspension of borax. A suspension is a mixture that contains solid particles large enough to make the liquid appear cloudy or murky. By mixing the borax into hot water, instead of room temperature or cold water, the borax can stay suspended much longer. Very hot water can hold much more dissolved borax than cold water. Hot water molecules are moving very fast and are spread way out which makes space available for more borax to dissolve into it. As the mixture cools, the water molecules slow down and move closer together. That means there’s less room for the dissolved borax and it begins to fall out of the water.

As the borax settles out of the cooling suspension due to gravity, it bonds with other borax on nucleation sites (bumps, tiny cracks, impurities, etc. in the container) and begins to form seeds for further crystallization . . .”

Even though there’s more in our homemade cleaning mixture than just borax and water (also some vinegar and soap), I still suspect that this type of crystallization effect could be what’s causing the clogged sprayer problem.

My borax always looked dissolved when I made the mixture with hot water (appearing cloudy and murky as Steve Spangler says), but of course the mixture then cooled down.  And as the months went by as I used this cleaner, I really do think that this same effect was happening and that some of the borax was crystallizing.

The beginnings of little science snowflakes in my spray bottles 🙂

I guess I have no absolute proof of this, but it seems a very likely theory. 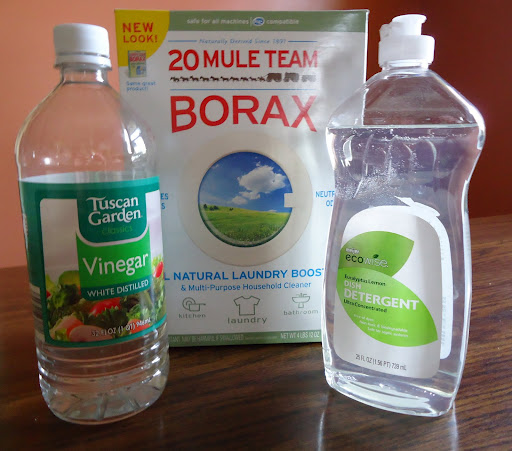 I will note that I was always happy with how that mixture cleaned.  The original recipe is:

A few ideas to adapt that would be to:

. . . substitute washing soda for the borax

. . . or perhaps heat the mixture again from time to time

. . .  make a smaller version that will be used up faster before crystallization can begin

I find myself just using some of my other recipes. I can always rely on my all purpose vinegar and water mix, and I always like to always keep a homemade soap cleaner in the house too.  Both of these mixtures are handy all purpose cleaners to have around.

So for now I’m leaving the borax out of any homemade cleaner in a spray bottle. It’s so frustrating to lose a favorite spray bottle and I could never find a way to fix or clear out the clogged ones.

Am I the only one?  I would love to hear if others have had this experience too.  You can leave me a comment below, or email me at themyozone [at] yahoo [dot] com

You might also like to read: What to do about clumpy borax and washing soda
(another common problem with borax!) 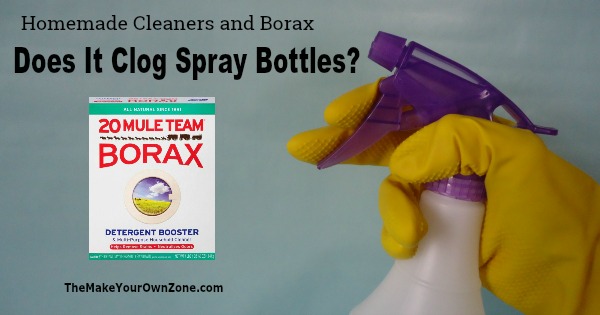