Back in the early days of this blog I wrote about a homemade potato soup mix that I was finding quite a handy convenience at the time. It was nice to have in the pantry for a quick lunch and only required boiling some water and adding some of the mix. And then, as can often be the way of things with our human natures, I sort of drifted away from that recipe and just didn’t make it as much anymore.

But working on some other jar mixes recently made me remember this easy potato soup mix and I decided to give it another look and some updating. It’s still a quick convenience, and it can do double duty as a gift idea too. Here are a few of the changes I made: 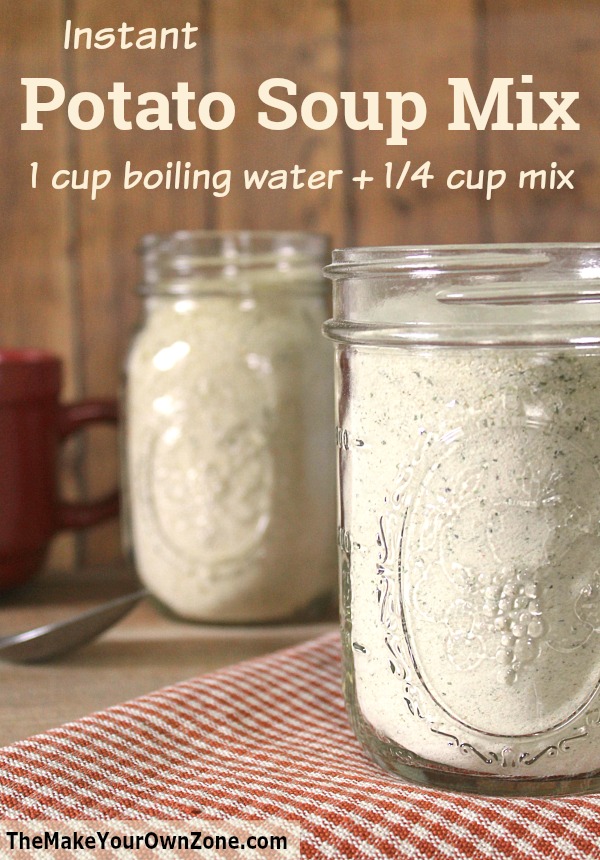 This time around I decided to cut back on some of the sodium/salt in the mix by reducing some of the chicken bouillon powder (reduced from 2 Tbl down to 3 tsp). I also eliminated the seasoning salt and instead used a smaller amount of celery salt (1-1/2 tsp Lawrys replaced with 1/2 tsp celery salt).

I also made sure to add the turmeric (I used to often leave it out) and also added a tablespoon of dried chives.

Finally, I ran the mixture through my food processor to make a more powdery mixture. Because instant potato flakes are used in the mixture the soup could sometimes take on a bit of a mashed potato feel, and by processing the flakes you can get a smoother final result. If you use this option, you might want to wait to add the parsley or the chives so that you have some flecks of spice in the mix, especially if you are giving it as a gift. 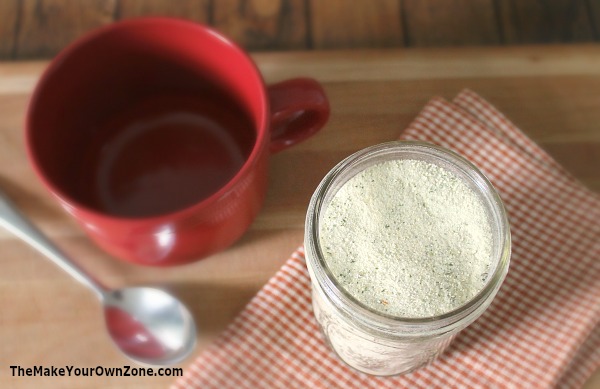 Also if the mixture is processed you can use less of it when you make a bowl of soup (it can be reduced down from using a 1/2 cup in my original recipe to just a 1/4 cup).

In addition to the changes above, I’ve been giving a plant-based/vegan version a try too as I’ve been working on cutting down on meat and dairy.

For this option I replaced the powdered milk with powdered soymilk. This was a product I could only find online and did not have any luck spotting any non-dairy milk powders in my local stores. 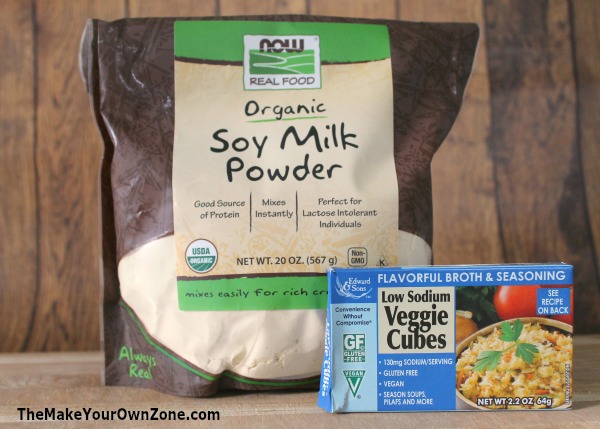 I also replaced the chicken bouillon powder with a couple cubes of low sodium vegetable bouillon.  I stirred a couple tablespoons of nutritional yeast into the mix too and then processed everything.

When we make a bowl of this vegan option, we find it still needs some salt but at least we can have the control of how much salt we may wish to add.  I’m hoping to do some more testing of this version and perhaps some tweaking of the spices will help in this area too.

When I originally made this mixture I always kept it in a quart sized canning jar. However when you run the mixture through the food processor it decreases the volume of the mixture. So, now it ALMOST fits in a pint size canning jar. I found I had just a little bit more left over (1/4 cup to be exact). So I just ate it up in a bowl of soup right then and there!

This mix should last for several months in your pantry with no problems too. 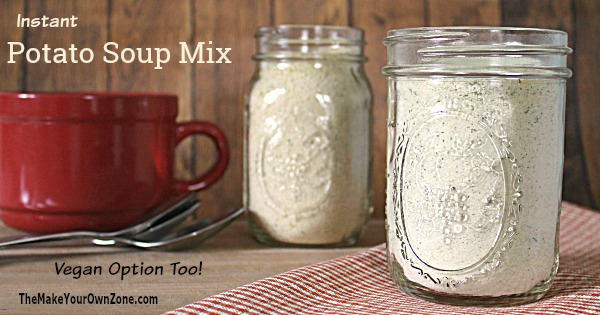 So whether you’re looking for a pantry mix, or a quick way to have a vegan option soup, or maybe you just need a last minute gift, you’ll find this mixture can be a simple, frugal, and handy recipe. 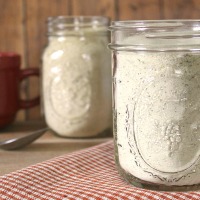 This potato soup mix stirs together quickly and works great as a pantry staple or as a frugal gift.  To make the soup you just need to boil some water and stir in the mix.
Keyword: Soup Mix
Yield: 8 servings
Author: TheMakeYourOwnZone.com