Even though I don’t have little ones at home anymore, dying Easter eggs is something I’ve still had fun doing the last few years just for the joy I get from playing with color.  You’re never too old to get a little thrill from watching your white eggs transform into pretty new shades of blue or green or yellow or who knows what!

Yes, the color suspense is definitely part of the fun for me which is why I very much enjoyed my experiment this year – seeing what color eggs I would get by using Kool Aid. 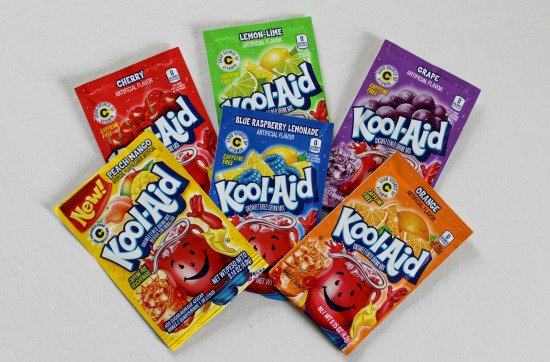 It’s a pretty cheap project too.  I bought my Kool Aid packets for 20 cents each and I’m sure if you happened upon a good sale, you could probably get them for half that price.

I was pleasantly surprised at just how well the Kool Aid dye got the job done.  The finished eggs had good color intensity and even coverage and looked quite festive when they were all gathered together.

So if you’re looking for a little different twist on coloring your Easter eggs, grab yourself a few packets of Kool Aid and have fun giving it a try! 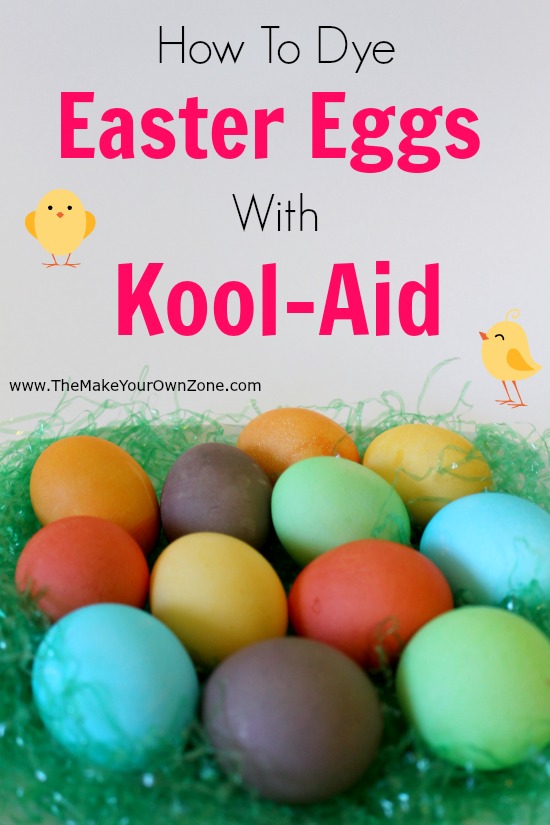 How To Color Easter Eggs With Kool Aid

To begin, I would suggest laying down an old towel or some newspapers to protect your work surface.  *Just to be safe*

Fill a small bowl, or cup, or jar with one cup of water.  (I used my stemless wine glasses). Whatever container you use, you want to be sure you can completely cover your egg with water while it’s soaking. For each color you are doing, you will have one cup of water in the container per one packet of Kool Aid.

Empty a packet of Kool Aid into the cup of water and stir to dissolve. 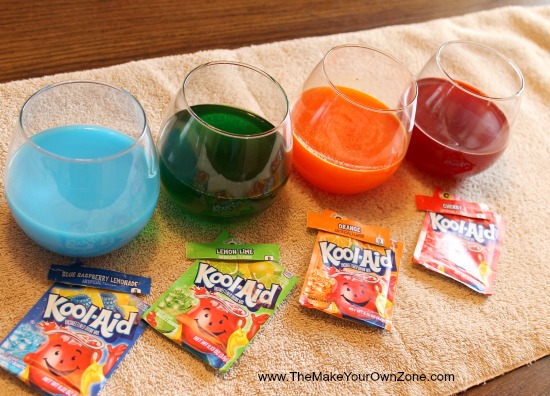 Place the egg in the Kool Aid water and let it soak for about 3 to 5 minutes.  I jostled my eggs around with a spoon every so often while they soaked so they didn’t set on any one side for too long.

After about 3 to 5 minutes you should see that your eggs have turned pretty colors and they can now be removed from the water. 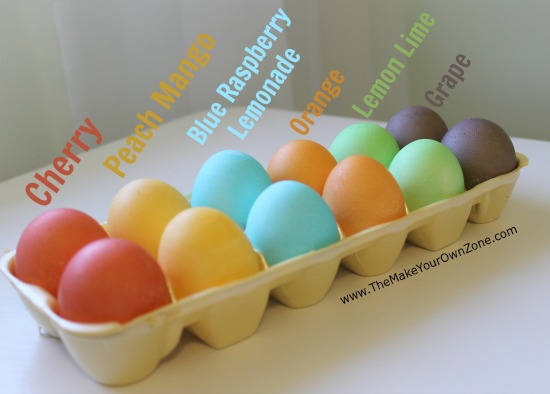 So what colors can you get from which flavors of Kool Aid?  Here are the six flavors I used and the color results:

Of course these are just six of the many flavors of Kool Aid to choose from on the store shelf, and I would imagine some lovely results could be possible with those other flavors too.  I would advise however, based on some other internet stories of this project, to not get your hopes up on the lemonade flavor as it’s apparently too pale to do anything.  At best, you can trying mixing it with another flavor for a color experiment. 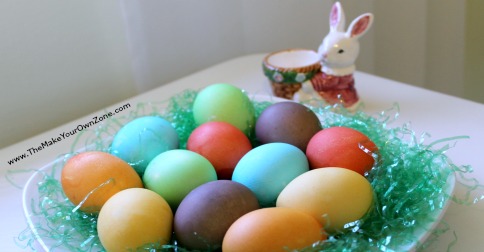 For some more Easter egg coloring inspiration, you can check out these posts from previous years too: