I was going to begin this year by writing some frugal tips, but almost every time I read someone else’s list of frugal tips, it feels like the same old stuff. I guess there’s not much that’s new to say about frugal living. And so much of it seems like just plain old ordinary common sense that I find myself losing interest about halfway through the article and I move along.

Now don’t get me wrong. I think frugality is a good subject and there’s always someone who will benefit from a list of frugal tips. BUT, I think there’s a common thread running through most of the advice and as someone who has lived what’s usually described as a frugal lifestyle, I think we could often get right to the point by just describing it as:

Yes, so much of being frugal or thrifty or a cheapskate or whatever you might want to call it, is just being resourceful.  It’s looking around and saying “how can I keep using this?”, or “how can I use this differently or more efficiently?”, or “how can I make my own with what I already have?”  Instead of rushing out to buy something, you stop a minute and contemplate what other options or new solutions there might be. 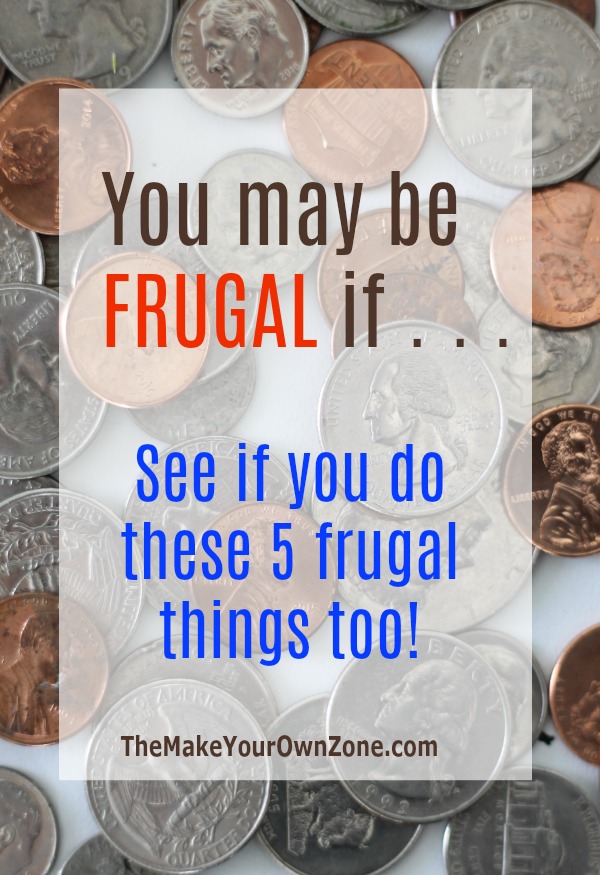 So rather than give you a list of frugal tips that you’ve probably already seen before, here’s a peek into a few of my little frugal habits that I think are born out of a resourceful spirit and those times when I took a moment to think a little farther about what I was doing. Maybe you’ll see yourself in some of these behaviors too!

~ You’ve watered something down.

Sometimes just because the manufacturer has made something one way, doesn’t mean you can’t think outside the box and stretch it a bit more with some water.  Sometimes for a quick lunch I’ll open a can of soup for me and Hubby (the kind where you’re NOT supposed to add water), but to stretch it a bit further I’ll add some water anyway. And then I’ll sprinkle in some white pepper so it has an extra flavor boost rather than tasting watered down.  Works great!

And sometimes if I’m trying to get the last little bit of something out of a bottle to use in a recipe (like a bottle of ketchup), I’ll open it up, put a little water in there, shake it around, and now I’m able to get a bit more of what I needed.

I’ve also for several years used the method of making my own foaming dish soap by watering down dish soap and I love how it makes a bottle of dish soap last much longer.

You can also add water to things to make new things!  Last summer my annual DIY for Dummies list was a list of 10 ways to make things by just adding water. 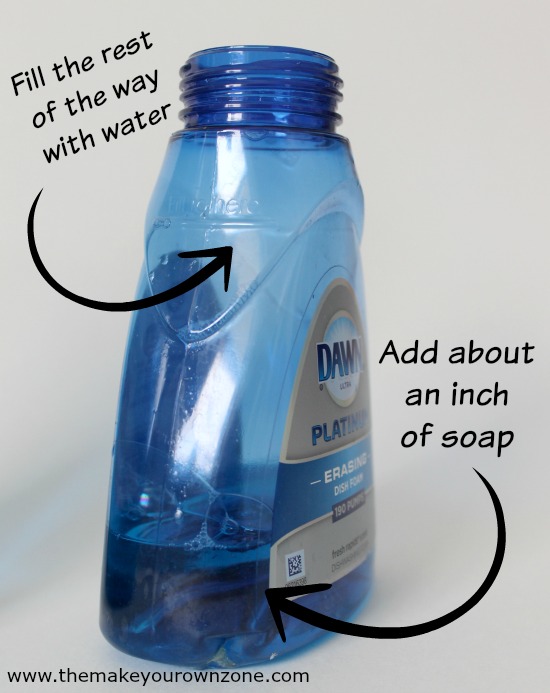 ~ You like to use it up to the very end.

That resourceful spirit usually tells us that things still have some life in them and not to toss them out too quickly.  One of my favorite little gadgets from the dollar store is the “roller” you can put on a tube of toothpaste to help you maximize how much you can get out of a tube. When you use one of these rollers and you finish a tube of toothpaste, it’s as flat as can be! {and I love that!} And I’m not shy about having things sit upside down for a few weeks (like a bottle of body wash for instance) just so I know I’m getting out those last little bits. 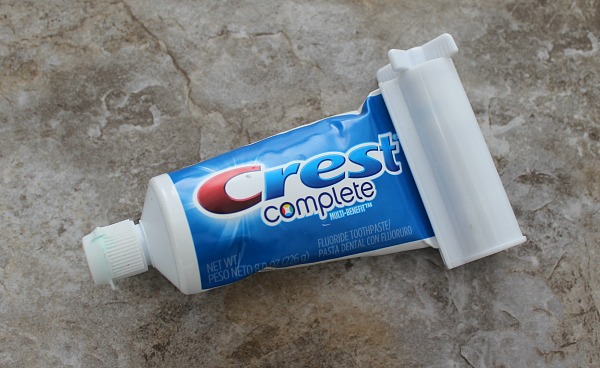 ~ You’re willing to use less.

Sometimes we need to think outside the box on how much we use of things too. It’s often easy to just follow package directions and they want you to use their product liberally!  One small change I made a while back was to shampoo my hair less often. This was more on the advice of my hair stylist than just trying to be frugal.  So I started using shampoo on my hair only 3 times a week, my hair still looked fine, and I used a lot less shampoo.

Often times I use my homemade powdered laundry soap, but for those times when I have a store bought box of laundry soap around, I always get rid of that big scoop they put in there and put in some other little scoop. You really don’t need to use that much soap and those big scoops are designed to keep you from thinking about how much you’re really using.  Repurposing some other little scoop is a resourceful way to use less and save money too. 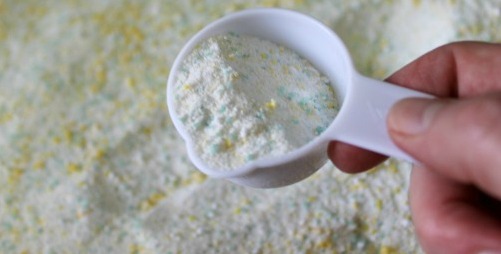 ~ You save odd scraps.

One of my little habits is to save pieces of tinfoil to use later.  Sometimes I have a piece of tinfoil over a pan in the oven and when I’m done cooking, it hardly looks used.  Why would I just throw that out?  That resourceful spirit tells me it’s perfectly fine to use again for something else.  I fold it up and put it in the drawer for later.

And those times when an extra pages comes trailing off your computer printer that you weren’t expecting? And it’s got like one or two words on it or something? I save it for later! I keep them in another pile and and print on the back side of them when I’m just printing off a recipe or something that only I will ever see – or – I use them to write grocery lists or other random notes.

The key to having this kind of resourcefulness work for you is to keep things organized and give yourself a limit. Because if things aren’t organized and you are overrun with odds and ends, the end result is that you usually can’t find what you’re looking for, or you forget you have it, which then defeats the ability to be resourceful. 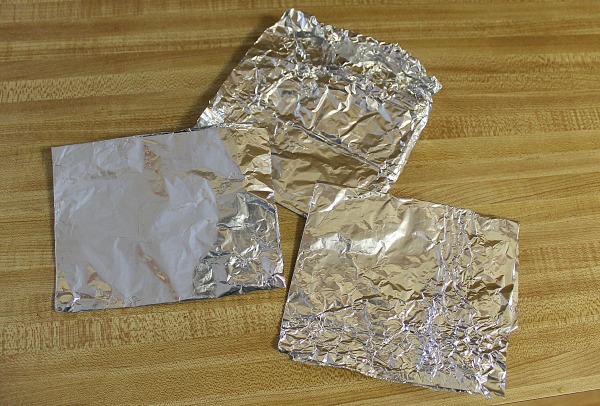 ~ You made your own!

And of course you knew I had to include this one!  If you’ve ever looked around at ingredients you had in the house and then looked for new ways to use them to make what you need, then you probably have a frugal and resourceful spirit.  I’ve found that even simple things like knowing how to mix your own garlic salt, can be a really helpful little trick.  Homemade cleaners are another way to use things you have on hand like vinegar or baking soda to resourcefully make what you need and save money too (see 10 cleaners you can stop buying and start making).  The homemade daily shower spray is one of my favorites! 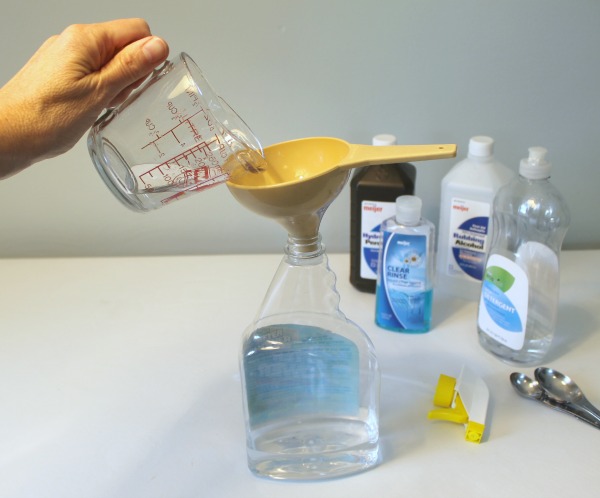 Did you see yourself in some of the behaviors on this list too? I’m guessing if you’re a “Make Your Own” kind of a person, then you probably found yourself nodding your head in familiarity to this way of thinking. It’s just a way of making sure you’re getting the most out of the things you have.  Resourcefulness tells us to think just a little farther that we might have before to make sure we’ve maximized the potential of our tools, supplies, and belongings.

If you would like to cultivate more of a resourceful spirit as you head into this new year, I would simply encourage you to be wiling to ask more questions.  Do I already have something I can use?  Is there a different way to use this item?  Do I even really need to be using it at all?  Can I stretch this in some way to make it last longer?

Asking questions lets you look at things in new ways and may just give you the fresh perspective you need.  And it may even help you think of new ways you can make your own! 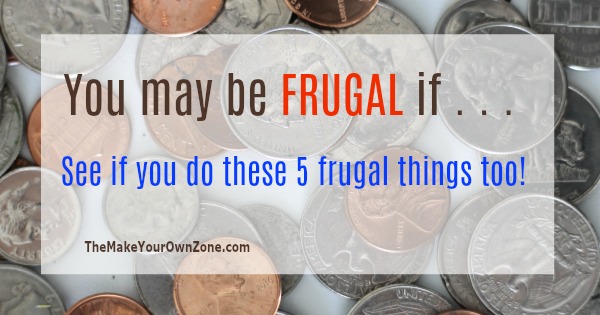