A few weeks ago I learned about a new tradition that wasn’t around when my children were small.

Back in my day, we just put a slice of cake in front of the little tykes.  The smash cake is really the same idea but instead of just a slice of cake, it’s a whole little cake.  Some folks even spend quite a bit of money to get a fancy tiny cake from the bakery, which seems a smidge wasteful to me as the little ones don’t really eat it, they just “smash” it. 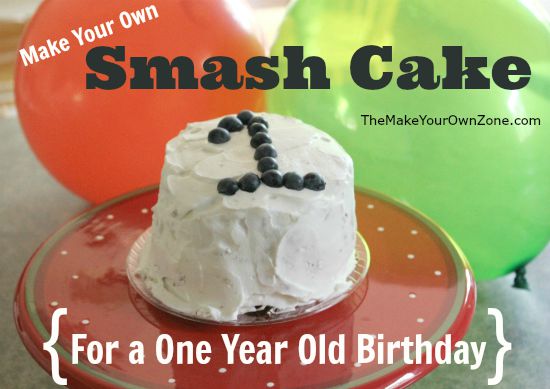 So when my grandson’s one year birthday was coming up, my daughter mentioned it might be fun to have a smash cake, but she didn’t want to spend a lot or go overboard with it.  Could we maybe just make our own smash cake?

Well, yes, I certainly do think we can make our own!

That being said, my first couple of experiments didn’t really work as I had hoped.  I adjusted a cake recipe down to about a quarter of its original proportions and then tried baking it in a small pyrex dish. But the edges kept burning before the middle was cooked -AND – my daughter was hoping for a cake that was taller than what that strategy was turning out.

Instead we ended up making a 9×13 cake using this chocolate cake from scratch recipe that I wrote about last week.  We then used the little pyrex dish like a cookie cutter to cut a couple small round layers from the finished 9×13 cake.  This gave us a couple cake layers that were about 4″ round.

This approach did leave us with about half of the 9×13 cake leftover, but it was good eating for us adults for the rest of the week! 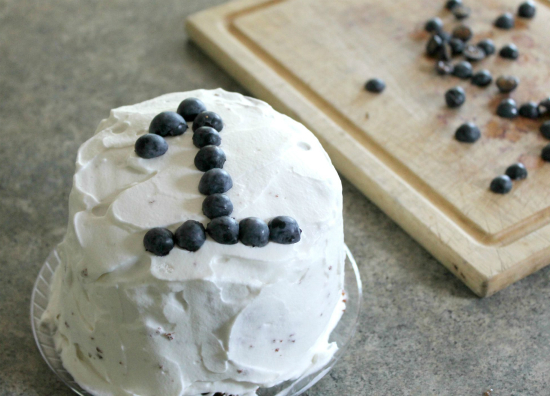 Once we had our two layers, we simply used my stabilized whipped cream recipe as a frosting. This worked perfectly and we liked that it was a very low sugar option for feeding to a little one too.

For a final decoration, we used blueberries cut in half (an idea we saw floating around on Pinterest) because our birthday boy LOVES blueberries.

Of course, he picked all the blueberries off first, and then with no better ideas about what he should be doing with an entire cake in front of him, he decided the best option was just to face plant into the cake and see what he could get in his mouth with that strategy.

For that moment alone it was worth making our own smash cake. 🙂

He still couldn’t quite believe this whole cake was sitting in front of him, but before long he was having a smashing good time. 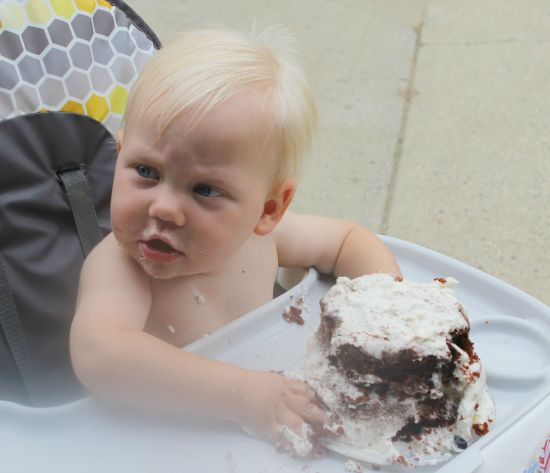 So if you’re looking for ideas for making a one year old smash cake too, I would encourage you not to stress too much. It  really doesn’t have to be a gorgeous work of art.  Our cake wasn’t perfectly straight and a few stray crumbs got in our whipped cream frosting.  But we had plenty of good times, fun photos, and happy smiles all around with the little homemade smash cake we whipped up in our own kitchen. 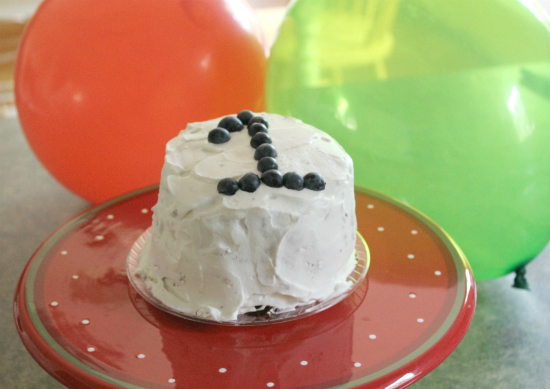