Most years in the middle of January we have more snow than we know what to do with here in Michigan.  In fact three years ago it was almost piled up to our roof! But this year?  Not so much.  This year we’ve had a strange January with lots of rain and mild temperatures that’s left us with almost no snow. I prefer the years when we have a happy medium! 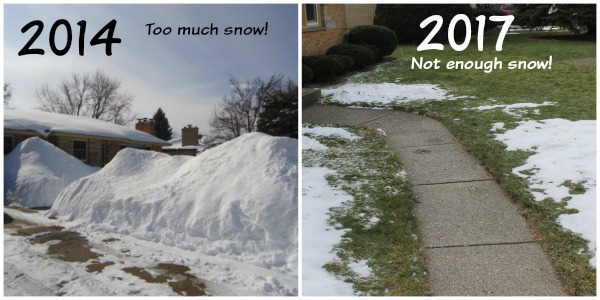 So when I was babysitting my grandson this past week, I was really wishing we could’ve had some outdoor playtime with snowman building, or snow forts, or snow sledding (or snow something!), but it was not to be.  We were stuck indoors looking out at the rain. We had to do the next best thing.

We made our own snow.

Yes, we got creative and made our own snow which was pretty much the same basic strategy as when I made some DIY play sand using flour and oil. By taking one powdery ingredient and combining it with a wet ingredient you can make a fun mixture for little ones to squish around and play with that almost feels like the real thing (either sand or snow).  To make this sensory play snow I combined baking soda and hair conditioner to make a white concoction that we could pretend was some snow. 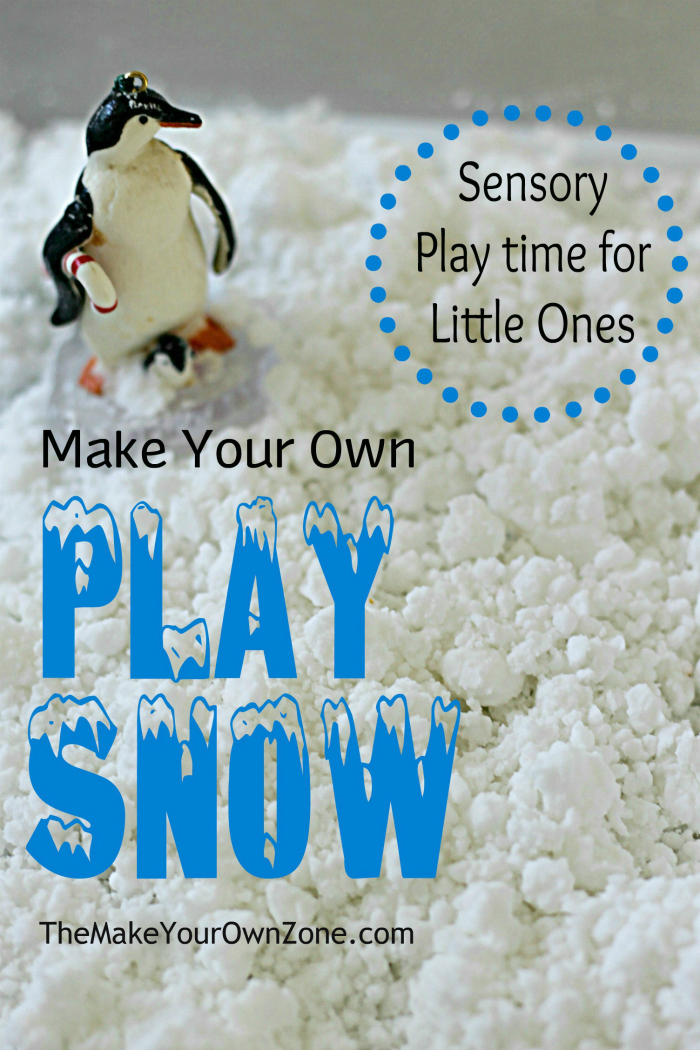 Rather than buy hair conditioner specifically for this mixture, I just used some that I already had in the house.  However if I were to do this again, I think I would look and see if I could buy some cheap white unscented hair conditioner as I grew a little weary of the smell of our mixture as we played. 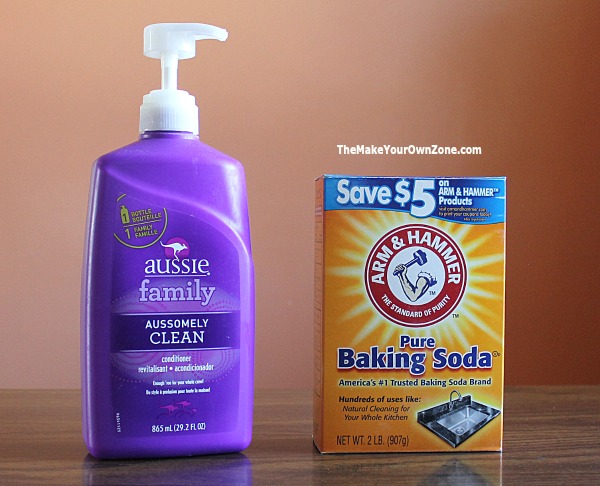 Place the baking soda in a large mixing bowl.  Add the hair conditioner and mix everything together. 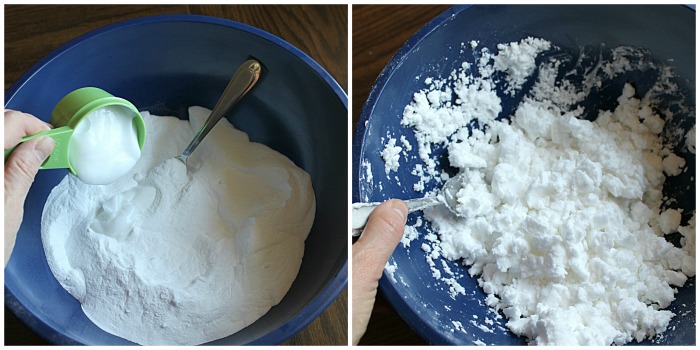 You may want to stir in the hair conditioner gradually (rather than dump it all in at once) to get a consistency you prefer for this mixture. My mantra is “you can always add more, but you can’t take it back out” so I usually make mixtures like this slowly so I can see how things are progressing.

And then let the kids play! 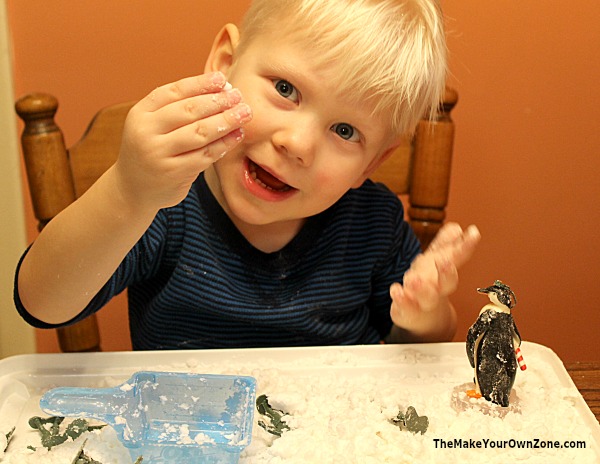 I stuck a little penguin Christmas ornament in our play snow that was fun for my grandson to pretend with.  I had an old scoop from a box of OxiClean that we used for a mold.  He thought it was fun to make some little “snowballs”.  But he had the most fun with a bag of old toy soldiers I still have amongst the toys I saved, and all the soldiers went up the big snow mountain.  Let them use their imaginations!  You might think they will build little snowmen, but they will probably have their own ideas.  And that’s OK. 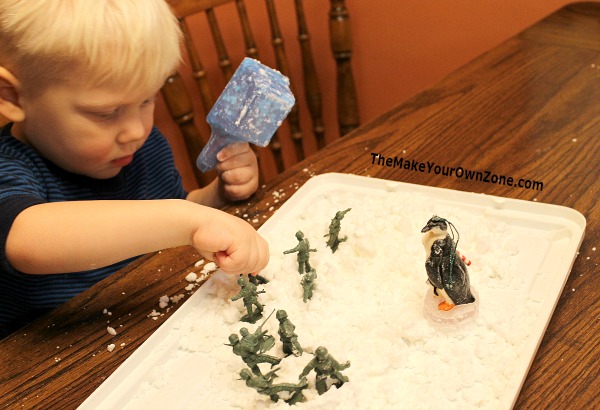