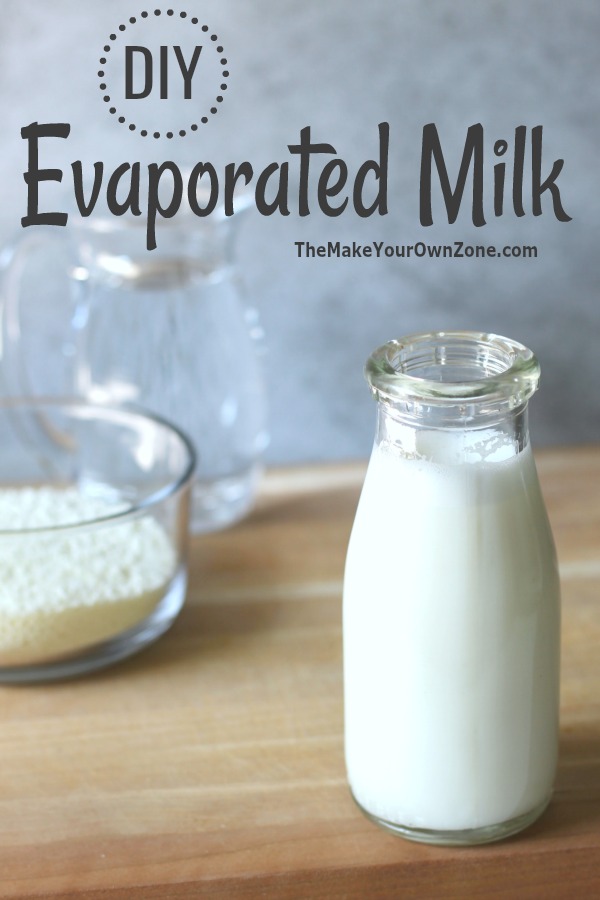 What Is Evaporated Milk?

Evaporated milk is a shelf stable canned product made from fresh milk that has had about 60% of the water content removed. Evaporated milk first gained popularity before the days of refrigeration.  If you added an equal amount of water back to a can of evaporated milk, you once again had a liquid that tasted like fresh milk.

Today, we use evaporated milk most often in recipes where we want a creamier and richer taste than just plain milk can provide.

2 Ways To Make Your Own Evaporated Milk

Because evaporated milk is fresh milk with some of the water removed, there are a couple ways you can go about creating a homemade version.  One way is to boil milk down to about half its volume.  However this takes a little more watching and stirring and guessing on when you’ve reached about half of what you started with.

Instead, I like this method that uses powdered milk at twice the ratio to water as you would normally use it.  This also give you a creamier milk product with less water in it that you can stir together in just a few seconds and works great. 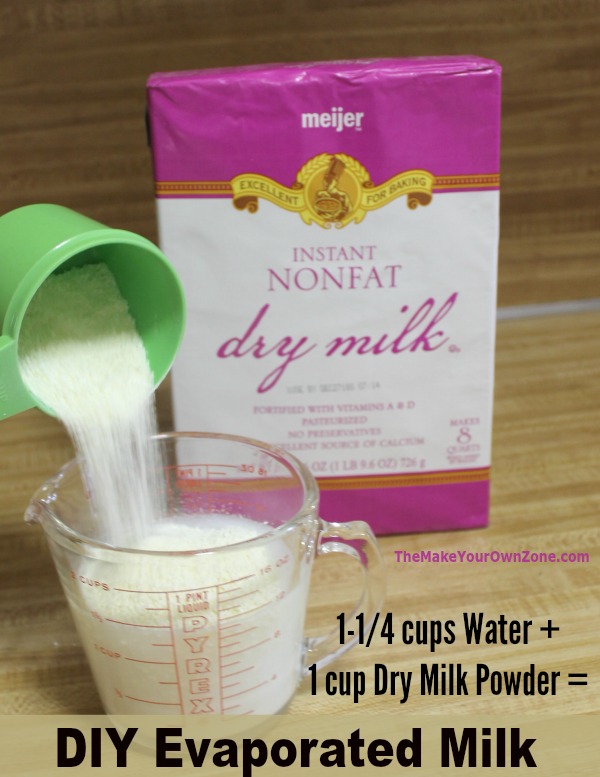 Dry milk powder dissolves pretty quickly so with only a bit of stirring, I’ve got my homemade evaporated milk ready to go. 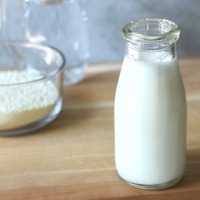 Make a quick and easy substitute for a can of evaporated milk using this simple method of combining water and instant dry milk powder.
Author: TheMakeYourOwnZone.com

Now, the math-minded brains among us may be reading the recipe up there and are thinking “Isn’t the 1¼ cups of water equal to 10 ounces?  How can this be equal to a 12 ounce can?  Explain yourself please!”

You’ll find that when you add in the 1 cup of dry milk powder, the mixture increases in volume and you end up with exactly 12 ounces. Perfect! 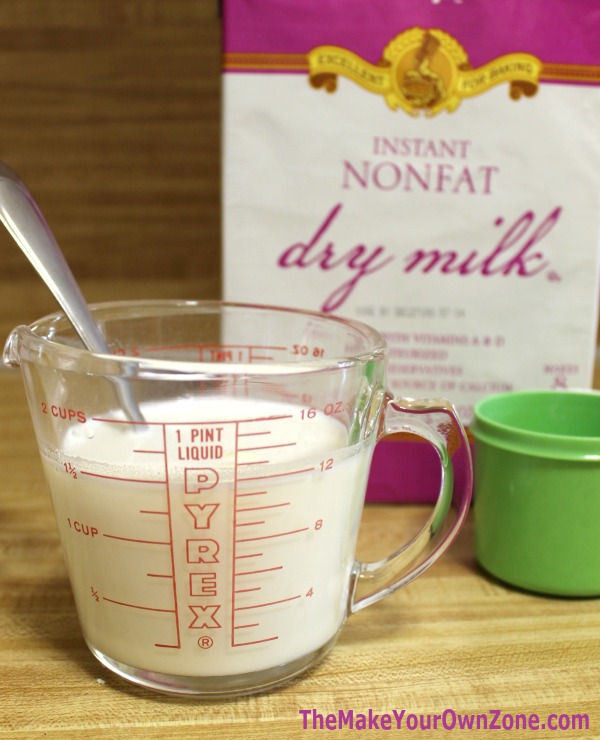 Update:  Since first publishing this recipe I’ve also been asked what measurements to use if you want to make the equivalent of a 5 oz can of evaporated milk. The 5 oz size isn’t quite as popular but every now and then you might come across a recipe calling for this size.

I puzzled over this for awhile too and finally decided the simplest answer was to just cut the recipe in half and make about 6 ounces.  I do this by using about ⅔ cup of water with a ½ cup of dry milk powder.  THEN, when it’s time to use this in your recipe, don’t use quite all of it (so that you’re using only 5 oz instead of 6 oz) and just toss out what’s left. Sometimes when you make your own you have to keep your solutions as simple as you can. 🙂

I’ve used this recipe as a substitute for evaporated milk in my favorite tuna chowder and it worked perfectly. I’ve also used it with success in my pumpkin pie recipe.

And if you need a couple ideas for using up a big box of dry milk powder, you can mix together some homemade hot chocolate mix, some homemade peppermint hot cocoa mix that you can layer in a jar for gift-giving, or some homemade pudding mix.