Once before I’ve written about how to make a semi-homemade moisturizer by mixing Baby Lotion, Vitamin E Cream, and Vaseline Jelly Cream, but wanted to take another look at this recipe – because it’s still one of my favorites! 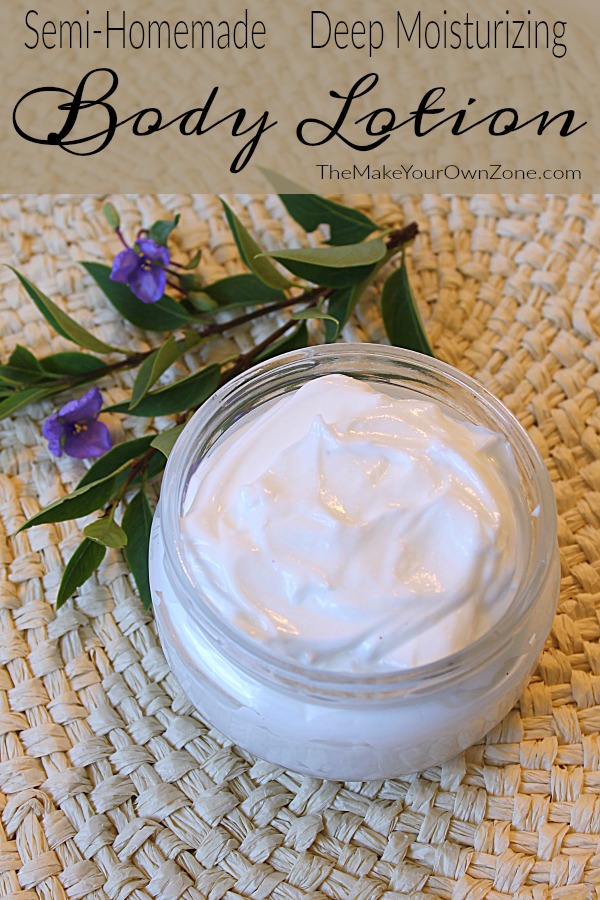 I’ve taken to calling this mixture “semi-homemade” as it’s really just a quick combo of three store bought lotions. But it’s a combo that really seems to provide some good moisturizing and I’ve found myself making the recipe again and again for both myself and to give as gifts.  Why am I taking this shortcut?

Well, to make a truly homemade lotion one needs three other ingredients: an oil, a wax, and water. And because oil and water don’t mix there’s the whole step of emulsifying in there too. AND, if no preservative is added to a homemade lotion it can start growing bacteria within a week or so and the advice is usually to keep your homemade lotion in the refrigerator. (Brrrrrr).  So I’m still intrigued by this whole process, but a little intimidated too.

I’ve played around with some other natural moisturizers – my olive oil moisturizer and my lotion bars and butters made with coconut oil – but all of these strategies have a bit of residual greasiness to them which in the winter I like, but others times, not so much.

All this to say that when I really want a creamy lotion, this simple DIY mixture is one I keep coming back to. It feels good on my skin, it’s very moisturizing, and it smells good too!  Some of the people I’ve given this to as gifts have also told me how much they’ve enjoyed it. 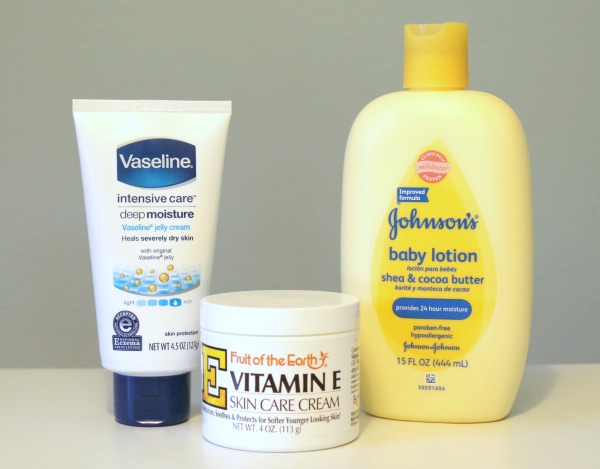 Can Natural Ingredients Be Substituted?

I know that some folks prefer natural ingredients, and in particular, some folks are wary of the Vaseline Jelly Cream which has petrolatum as an ingredient.  This Vaseline cream is a very moisturizing part of this mixture, but other ingredients can be substituted.

This time when I made my mixture using a 15 oz baby lotion, a 4.5 oz jar of Vitamin E cream, and a 4.5 oz tube Vaseline jelly cream, I measured out each ingredient into my measuring cup first to see what the volume really was and found the following:

Therefore if you want to substitute another ingredient for the Vaseline jelly cream, simply sub in about a 1/2 cup of your alternate ingredient. 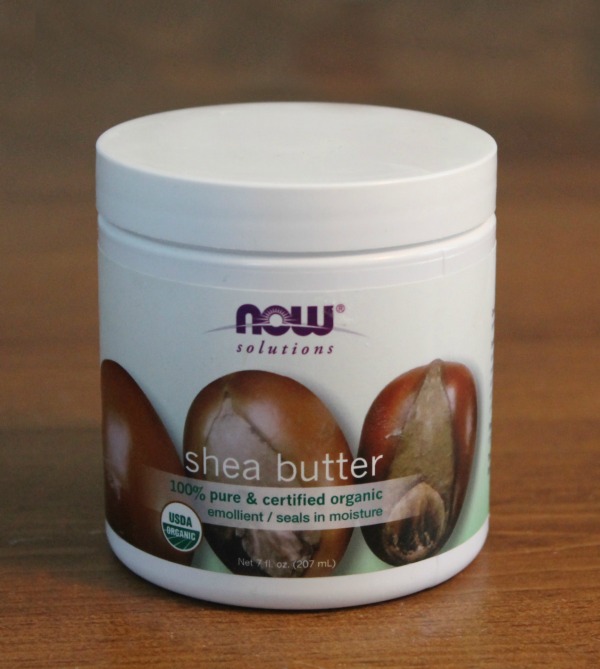 I gave this a try using the substitution of Shea Butter.  I put my shea butter in the microwave and heated it until it was melted just enough to be stirrable.  I then stirred it into the other two ingredients (the baby lotion and the vitamin E cream). This seemed to work well and is definitely an option if you wish to tweak the recipe.  Coconut oil and cocoa butter could also be possible alternate ingredients.

Can I Easily Find The Ingredients?

Another thing I like about this mixture is that the lotion ingredients have been easy to find in larger stores like Walmart, Target, or my local grocery store (Meijer).  For the baby lotion, I like to use Johnson’s Shea and Cocoa Butter version.  The Vitamin E cream is usually sold in a two pack where other lotions are sold.  The Vaseline jelly cream is usually easy to find by the other lotions in the store too.  If you can’t find the ingredients in these exact same sizes, then refer to the measurement amounts above. You want to have a mixture of about three parts baby lotion, to about one part vitamin E cream, and one part jelly cream.

The final result is a good-sized batch of lotion that should last you for some time – OR – is perfect for dividing up into smaller containers for gift giving. 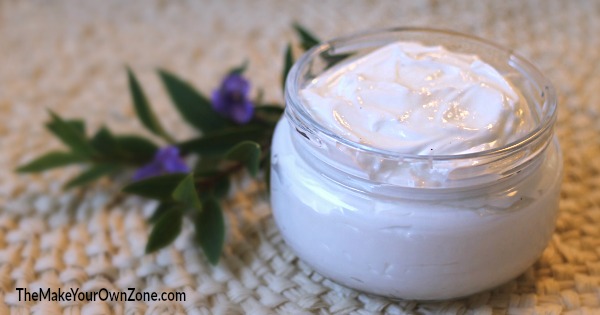 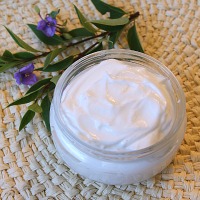 A quick and simple mixture that's very moisturizing for skin and perfect for gift-giving too!
Keyword: Homemade Lotion