I’ve been trying to make the switch to brown rice, which is going much better now that I’ve switched to my new method that has turned out to be the best way to cook brown rice that I’ve found so far.  Finally, I’m getting batches of brown rice that are soft (instead of still kind of crunchy!)

But because my new method is a “boil and drain” method instead of the more familiar “simmer until the liquid is absorbed” method, I was now a little challenged to find some new flavoring options. In my other recipes for flavoring rice, all the broth and spices were absorbed into the rice. Now that I’m draining the liquid down the sink, it seems like I should find a new approach to flavor the rice after it’s cooked, rather than while it’s cooking. Otherwise it feels like all the broth and spices are going right down the drain! 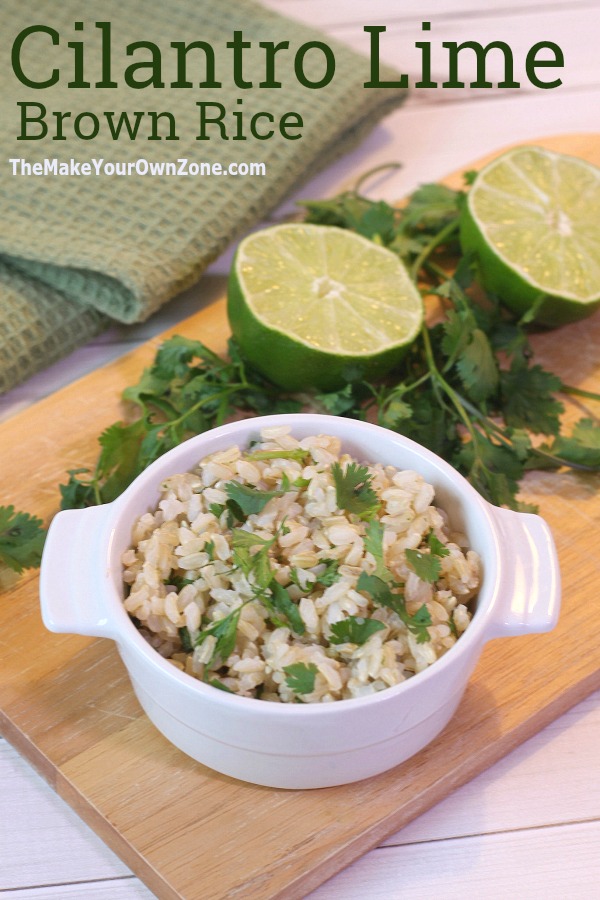 One method I’ve been using that we’ve been happy with is this cilantro and lime version that uses fresh ingredients and is quick and easy too. It’s one of those handy recipes that really doesn’t even need any measuring!

Once the brown rice is cooked (here’s how I cook brown rice) I just squeeze some fresh lime juice into the rice.  For one cup of rice (which equals about 3 cups cooked rice), I usually use the juice from one lime.  Then I stir in some fresh chopped cilantro, about a couple tablespoons. Finally, I finish up with a sprinkling of garlic salt. 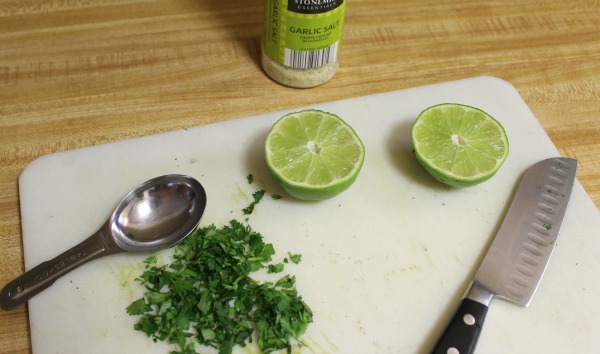 And that’s it!  It’s a way to add a little something to a bowl of plain brown rice, and it pairs well with a spicy main dish like tacos too.

In fact I believe the Chipotle restaurants have a lime rice option on their menu. I’ve never been to Chipotle (I don’t get out much I guess!) so I don’t know how theirs tastes, but perhaps this could be a simple and healthy way to make your own version of that menu item too. 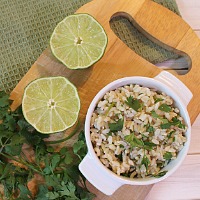 A simple way to flavor cooked rice that uses the fresh flavors of lime and cilantro
Author: TheMakeYourOwnZone.com

Note:  This recipe may also be made with cooked white rice if you prefer. 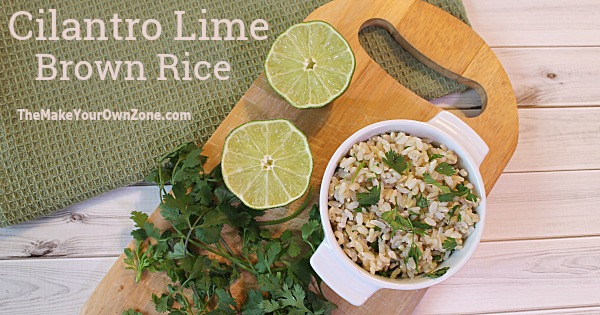