In the last post we looked at an easy way to make your own Kahlua coffee liqueur.  You can use your homemade Kahlua at home for yourself or for entertaining, however it’s also perfect for giving as a gift too.  When giving your Kahlua as a gift, it’s a good idea to make sure the bottle is clearly labeled, and I think it’s a nice touch to add a few cocktail serving suggestions on the label too for those who may not be familiar with that particular type of liqueur.

So as a follow up to the homemade Kahlua recipe, I thought I would also share recipes for three simple Kahlua drinks – AND – give you a printable label or tag for your bottles of homemade Kahlua too! 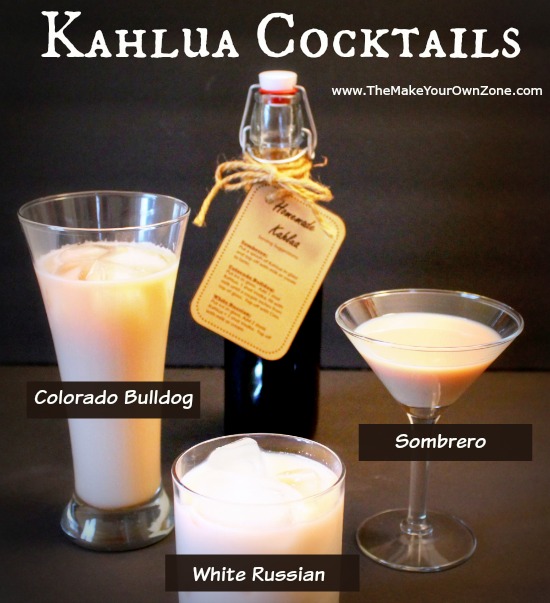 Let’s take a look at the recipes first, and the link for the printable tag will follow at the end.

How to Make A Sombrero Cocktail

The Kahlua drink called a Sombrero might be what some of you have always done and didn’t know it had a name!  It’s simply a bit of Kahlua in a glass mixed with milk or cream. This is probably my favorite way to drink Kahlua because first of all it’s easy, and second, a coffee liqueur is at its best mixed with something like milk or cream.  I always just use milk but cream or half and half can be used for a richer flavor. 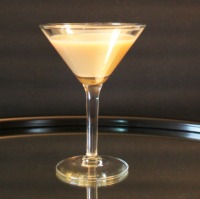 Put a splash of Kahlua in a glass.  Top off with milk or cream to taste.  The drink should have a “chocolate milk” look to it.  Can be served either with or without ice.

How To Make A Colorado Bulldog Cocktail

The Colorado Bulldog is another tasty Kahlua cocktail known for its final topping off with cola.  It gives the drink a little extra flavor and fizz. 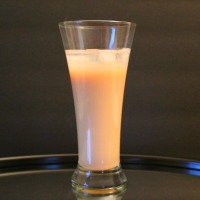 Put ice in a tall glass.  Add the Kahlua and Vodka.  Fill the glass with the milk or cream until a couple inches from the top.  Finish off the drink by topping it off with cola to fill the glass.  Stir to mix.

On a side note, I debated whether to use the term “shots” or “parts” for this recipe.   But Hungry Son who works at an Italian restaurant clues me in that restaurant bartenders do not use shot glasses and instead use “pours”.  Therefore I’ve used what I’m told is really the correct terminology of “parts”, not “shots”.  And I’m all about using parts anyway!  (see my post on How to Adjust Any Recipe Using Parts).

How To Make A White Russian Cocktail

And finally, here’s the recipe for one of the most classic Kahlua cocktails, the White Russian.  As you’ll probably quickly notice, it’s very similar to the Colorado Bulldog, minus the cola. 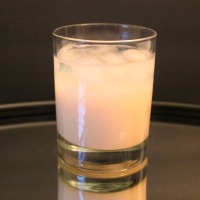 Put ice in a short glass.  Add the Kahlua and Vodka.  Top off with milk or cream and stir to mix.

Printable Label or Tag For Your Bottles of Kahlua

And last but not least, I’ve made a simple printable pdf to use with your bottles of homemade Kahlua that includes the three recipes above.  This could be used as a label or you can punch a hole in the corner and use it as a tag.  I’ve kept the design simple because that’s my style.  I printed my label on brown card stock but it could also be printed on a red or green paper for Christmas too.  I’ve given the option of just one label on a page, or four labels on a page in case you’re making several batches to give as gifts. 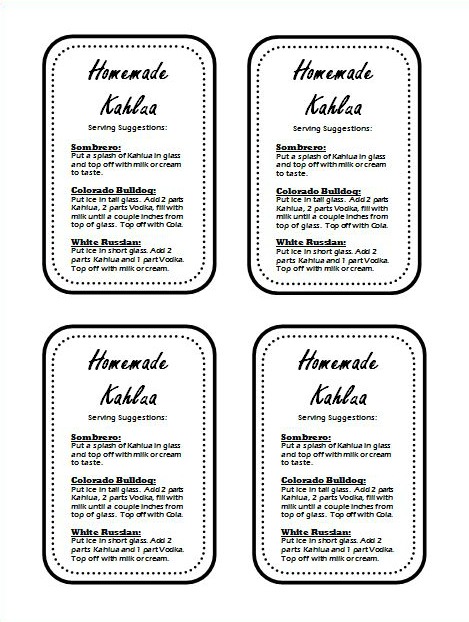 And here’s the link again to the original recipe:  How To Make Homemade Kahlua

Next up in our Christmas spirits series will be a recipe for homemade Bailey’s Irish Cream – stay tuned!