It’s been a couple years now since I first wrote about how to make homemade whipped cream.  It’s one of those little tricks that once you start doing it, you realize how simple it really is.   I very seldom buy Cool Whip anymore and have come to much prefer the homemade whipped cream instead.  It has a creamier taste that isn’t so sweet, which is definitely more to my liking.

But even though the taste is more to my liking, the homemade whipped cream isn’t quite as sturdy in texture as the store bought Cool Whip.  For recipes that use Cool Whip more like a frosting, for instance on a chocolate cream pie or a jello dessert, the homemade version is a little too moist and won’t hold up as well.

But’s there’s an easy homemade solution to that problem.  It’s called Stabilized Whipped Cream.  And it’s pretty simple to do too!

In fact the only difference is one simple ingredient – unflavored gelatin. 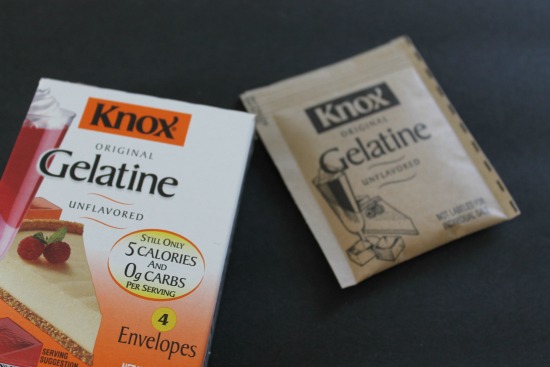 With the addition of just a teaspoon of unflavored gelatin (dissolved in a small amount of water first) you can add just enough more substance and thickness to your homemade whipped cream to make it more multi-purpose so it can be used in more recipes.  You should find that the stabilized whipped cream holds up better if left out at room temperature for a while too (at a potluck for example).

The method is virtually the same as in my original recipe (here’s the link again:  Homemade Whipped Cream).  You’ll just need to be mindful of a few temperature issues in that the beaters and mixing bowl should be chilled, and when the gelatin is added, it should no longer be hot. 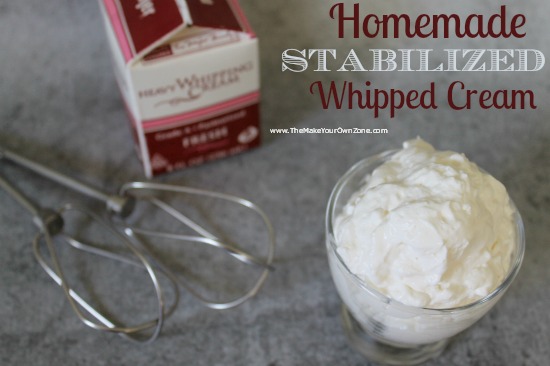 2.  I do this next step in my glass measuring cup.  Measure out the 1/4 cup of cold water in your measuring cup.  Sprinkle the teaspoon of unflavored gelatin into the water and let it set for 5 minutes to soften.  THEN,  I microwave it for 20 seconds on 50% power.  You want to give it just enough heat to dissolve the gelatin and make it liquid, but you don’t want to get it really hot.

3.  Because this gelatin mixture should not be hot when you add it to your whipped cream, I put it in the freezer to cool down while I”m beating the cream in the next step.  Or, you can just let it set at room temperature for 10 minutes or so to cool down before starting the next step.  Just don’t let your gelatin mixture start firming up like jello.  You want it to remain liquid.

5.  Add your sugar and vanilla and beat it some more to blend it in.

6.  Finally, add the cooled gelatin mixture, pouring it in slowly while you keep continuously beating the mixture.

7.  Once your mixture is finished and all beaten together, you may also find it helpful to put it in the refrigerator for another 5 or 10 minutes.  This can help the gelatin cool a bit more and can add extra firmness to the mixture.

Because this mixture is a little thicker, you might not get the perfect ” dollop”  (as I discovered in the picture of my pumpkin pie below).  It’s a thicker consistency that works great for spreading and performs more like a frosting.  And that’s the whole point!  This is a great alternative to not only Cool Whip, but to the cans of frosting too if you want a choice that isn’t so loaded with sugar for topping off your cake. 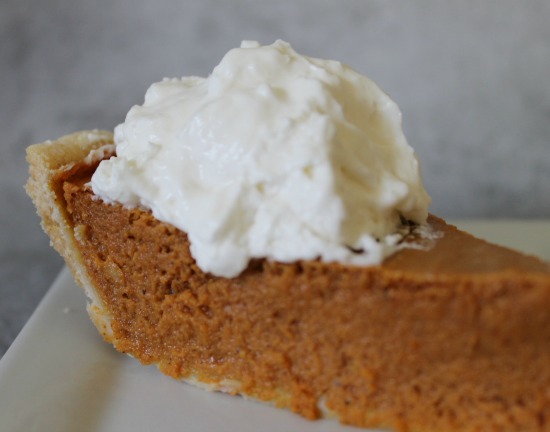 And if you’re looking for another use for your unflavored gelatin, why not check out the links below and make some homemade birdseed ornaments.  They’re simple to make and the birds will thank you too.