Lately I feel like I’ve been going through a lot of raisins at my house, probably because I like to sprinkle a generous handful on my oatmeal every morning.  And I guess that’s why I came up with the bright idea that if I like to always have raisins in my cupboard, maybe it would be fun to make my own!

After a little research, it looked like this could be done in the oven which sounded like a good plan to me as I don’t have a dehydrator.   If I would ever come upon a nice dehydrator during my thrift shopping, I would snatch it up in a minute because I think it would be a fun gizmo to play around with. But currently it’s a gadget I don’t have and so I decided I would just give the homemade raisin project a go in my oven.

And it was a failure. 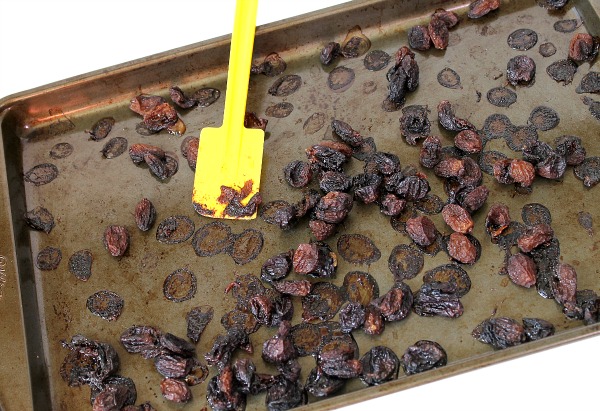 The final result was sticky little blobs that looked a little bit like raisins, tasted rather yucky, and left me with pans that I sure hoped I could scrub clean again.

Now, I’m  not ruling out error on my part.  But honestly, I didn’t think it would be that hard to screw up.  Put some grapes on an oiled pan and let them go for several hours at a low oven temperature of 250 degrees. How hard could it be? 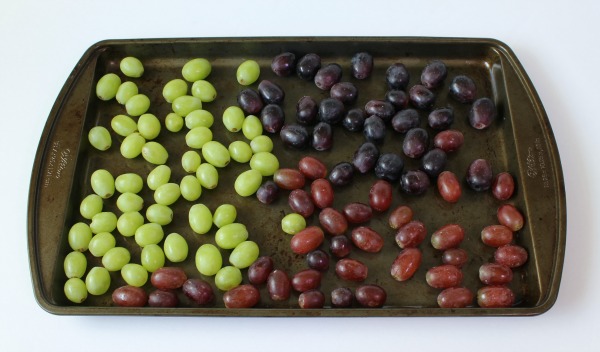 After two hours there really didn’t seem to be that much progress yet.  Yes, the grapes were a little shriveled, but they still looked more like grapes than raisins, so I let them go another hour or so longer.

Was that too long?  I dunno.  Are they supposed to still look kind of grape-like when you take them out of the oven? And then let them shrivel up some more?  Again I dunno.

The real surprise though was that I did one little pan of grapes that were already a little shrively and past their prime. And this was really my hope anyway with this project – that it might be a way to make use of grapes would have otherwise been thrown out and turn them into raisins in my oven.

Now you would think that grapes that were already a little dried out, would just get really dry and shriveled in the oven, but instead mine puffed up into balls that were hard as a rock.  Not what I was expecting at all. 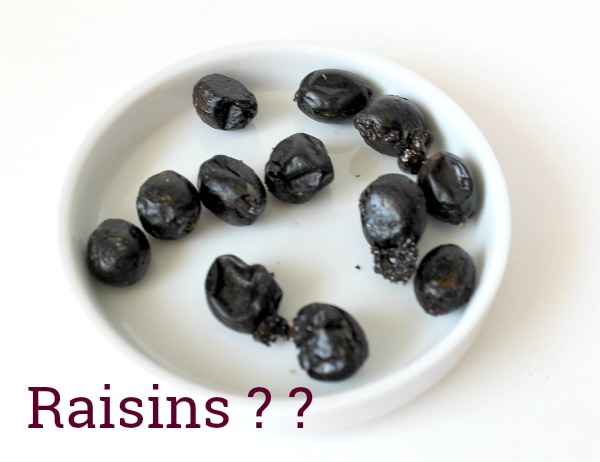 So the final result for one pan was hard rock balls and for the other pan was sticky globs. A frustrating endeavor indeed.

I’ve shared a few other of my failed attempts which I call my half-baked ideas because I’m often hopeful I can learn from what went wrong and make some corrections (and turn it into a “fully baked” idea!)

BUT, it’s also important to look at any failed project and decide if indeed it’s worth pursuing any corrections. That’s when I ask myself some questions:

Was this project fun?  Some projects (believe it or not) are still fun for me even if they fail. The challenge can be enjoyable!  But this raisin project?  Meh.  It was both boring and frustrating at the same time.

Will I save money?  If there’s good money savings, I might press forward and see if I can fix what went wrong. But in this case, a canister of raisins at the store isn’t that expensive, and my hope of turning the past-their-prime grapes into something usable seemed to not work at all. And I almost wrecked my pans too, which would have been an additional expense to replace them.

Do I have the right tools?  Homemade raisins are probably fun to make – if you have a dehydrator. Which I do not. This left me unmotivated to try again until I feel like I have what I really need to do the job.

Does it fit my lifestyle? I had this project on my to-do list for several weeks and had a hard time finding a three or four hour stretch where I was home and could try this out and did not need my oven for anything else.  Different stages of life require different things, and right now I’m more in need of quick and simple projects. 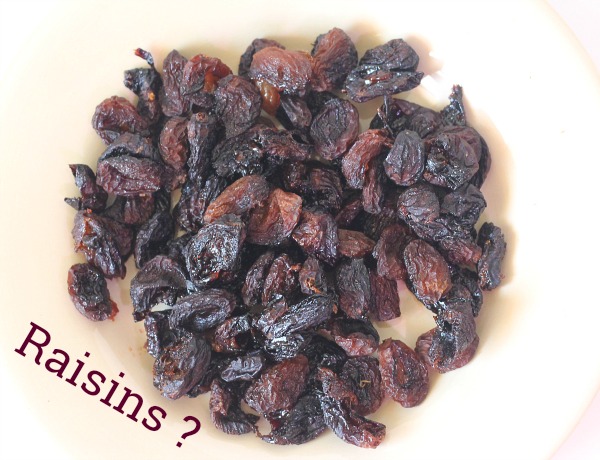 So it looks like another trial of Make Your Own Raisins in the oven isn’t going to be happening around here anytime soon. Perhaps others have successfully accomplished this in their oven but for me, the challenge doesn’t feel worth pursuing.

However the challenge of finding a cheap, used dehydrator does sound enjoyable and I think I’ll be keeping my eyes peeled as garage sale season gets into full swing in a few months!