I’ve never hidden the fact that I like to find a good thrift store bargain.  To me it’s a treasure hunt.  Sure, I’ll have to look at lots of other junk in the process, but hey – that don’t bother me none.  You just never know what fun little goodies you might come across and at good prices too!  A good example is this cute little pair of summer shoes I found for a couple bucks on a recent end-of-the-season special. 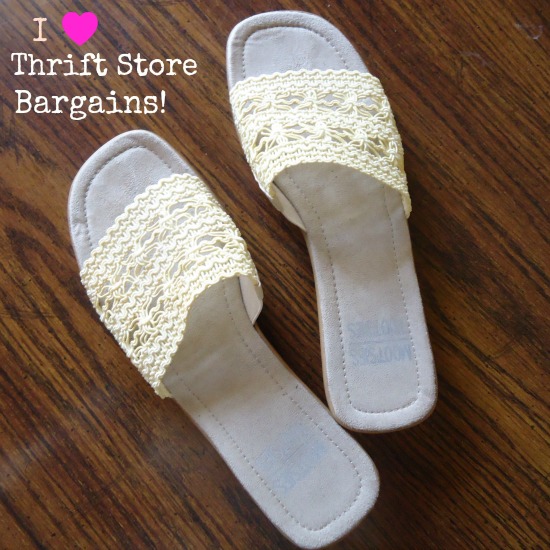 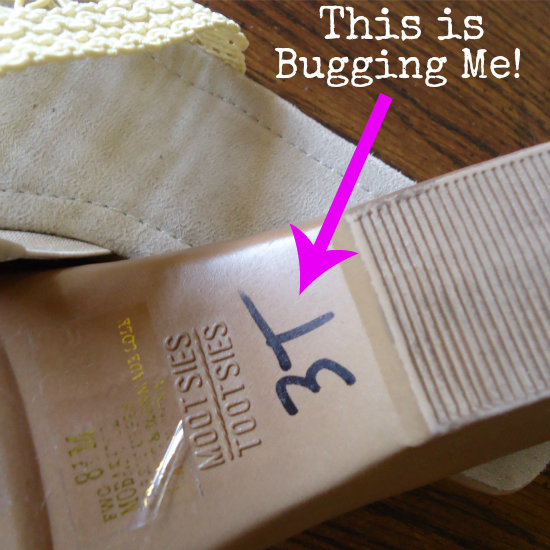 So I started to think about what I could do to get rid of the marker writing on my bargain shoes and remembered that I had read that rubbing alcohol can be used as a homemade solution for removing marker.   This seemed like a good opportunity to test it out.  If it worked, then great!  If it didn’t work, well it was just a pair of bargain sandals so no big deal.

I moistened a piece of paper toweling with my rubbing alcohol and got to work.  After only a little bit of scrubbing, the marker did indeed start coming off.  I kept at it and sure enough, I was able to get rid of all the marker. 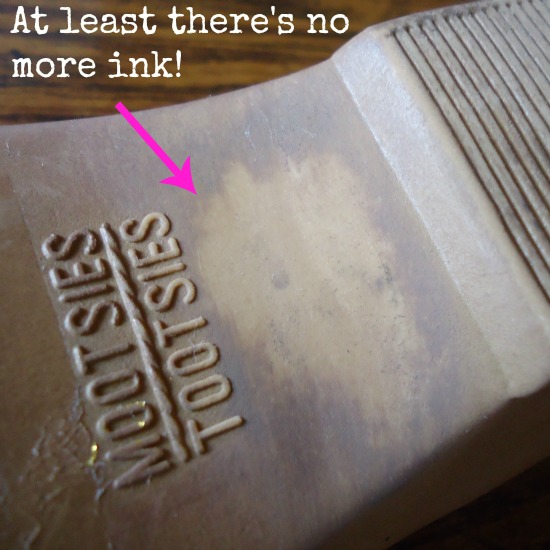 So now that my little experiment is over, it looks like rubbing alcohol can in fact, be a homemade remedy for removing marker, but be warned that it might just remove more than you bargained for.  If possible, I would suggest putting some rubbing alcohol on a paper towel and rubbing it on a hidden area of the surface first to avoid any unwanted surprises.