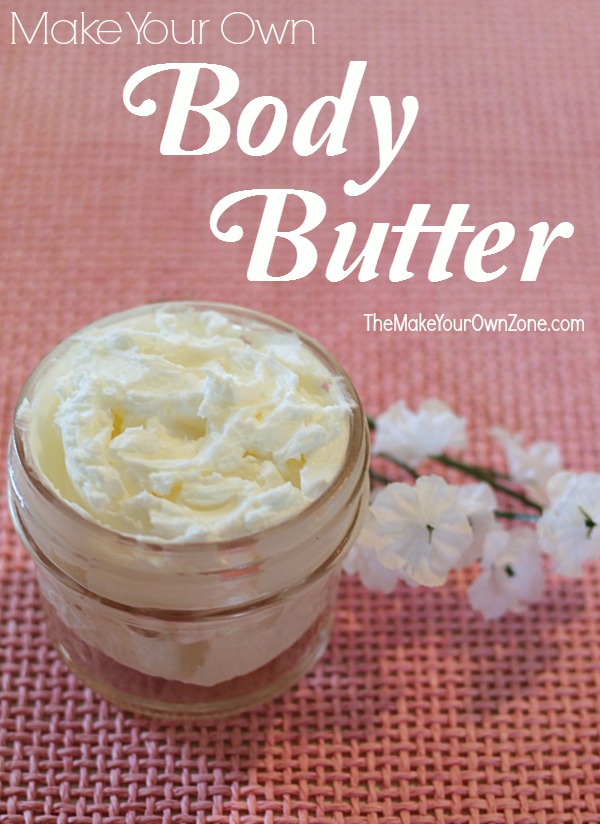 A few weeks ago I finally got around to making some homemade body butter for the first time.  And when I was all done I thought to myself . . .

What a nice batch of homemade body lard.

I suppose some of the younger generation isn’t even that familiar with vegetable shortening or good old fashioned lard to have this reaction to homemade body butter.  Although I seldom use shortening in my baking anymore, I do keep lard around the house to use in my homemade birdseed cakes.  I guess I should have known that when the word “butter” is used to describe DIY moisturizer recipes it’s because they are heavier, thicker mixtures in spite of the fluffy way they can look in those lovely pictures on Pinterest.

So this recipe wasn’t a total disappointment to me, but not exactly what I was going for either.  I suppose I should have been prepared for these results as all the ingredients I was using (shea butter, coconut oil, and apricot oil) are substances that when used on your skin will have a heavier, more oily feeling. Shea butter and coconut oil are both hard at room temperature, and apricot oil is, well it’s an oil of course.   I was just hoping all that whipping with the mixer was going to fluff it up more than it did.  I was expecting a final result, and maybe wrongly so, that was closer to Cool Whip than to {*ahem*} Lard. 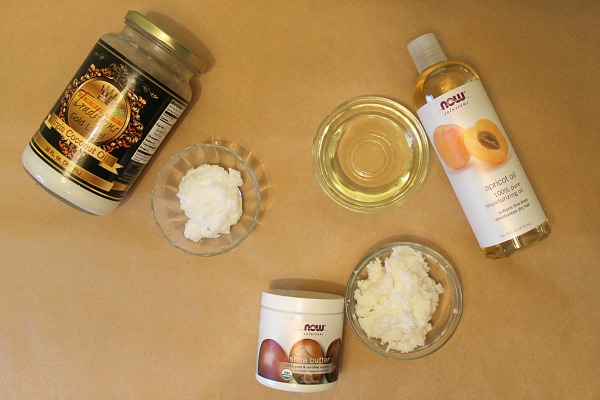 I’ll still get my use out of this cream though because in the cold weather months these heavier mixtures do feel very moisturizing on my dry winter skin.  They don’t evaporate away as quickly as store bought lotions and are made from more natural ingredients too.

Melt the shea butter and coconut oil.  I use the water bath method (I put the ingredients in a small glass mason jar which I then put in a saucepan that has a couple inches of water in it, and heat it on the stove.  As the water heats up in the pan, the ingredients in the jar will melt).

Let your melted shea butter and coconut oil mixture cool for 20 to 30 minutes. Transfer the mixture to a bowl (so you can whip it later) and then stir in the apricot oil.  At this point you can also stir in some skin-friendly essential oils if you would like.  I did 4 drops of orange and 4 drops of peppermint.

Next put the mixture in the refrigerator for another 30 minutes or so until the mixture begins to harden up just a bit. Then beat it with your electric mixer for a few minutes to give the mixture a softer consistency like butter. 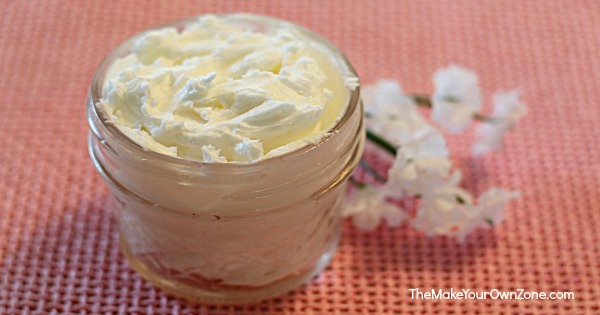 Someday I’m hoping I’ll be brave and will try making an actual homemade lotion.  These recipes add water to the mixture too BUT the water must be added very carefully to the oils using a method called Emulsion.  To get it correct (and not have your mixture separate and ultimately fail), your oil and water must be very close to the same temperature, you need to add the water in a steady stream, whisking constantly, and then you need to keep whisking.  Like for 10 more minutes!  Whisk, whisk, whisk!  I think an immersion blender could maybe come to the rescue for that step.

But if you get all that correct, the final product will be an actual lotion, instead of something more butter/lard like. So if I’m ever going to make my own lotion, I need to get over the hurdle of mastering emulsion.  I hope I’m up to the challenge!